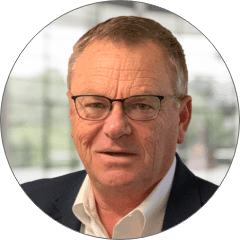 Although he is the only member of the Tramway team who does not live in New Mexico, Brad has been involved in New Mexico technology company investment for several decades, beginning with the Johnson & Johnson Development Corporation’s (JJDC) Series A investment in Indigo Medical (1989). Indigo was subsequently acquired by J&J’s Ethicon Endosurgery. At his retirement in 2015, Brad was Head of JJDC which made investments of over $200M annually in the life sciences. He is Managing Partner of Treo Ventures, a venture fund organized around investment interests of large corporate venture groups.

"I first visited New Mexico in the late 1980’s when I was a young executive at the Johnson & Johnson Corporate Office of Science and Technology. J&J had been interested in learning more about the work on the Human Genome Project underway at Los Alamos and sent me out to explore potential relationships that would facilitate commercialization of lab technologies."